One thing I know for sure, is that majority (if not all) women, mentally divorce their men before physically leaving them.

I recently had a chat with one of my girlfriends who finds herself at this very crossroad, faced with the decision to leave or stay. The conversation got me thinking about the whole process.  I normally conjure up an image in my head and then describe that, when trying to get my point across, so bear with me.
On this occasion, the image and feeling I had, was one of childbirth…
A foetus happily stays in its mother’s womb until the time of their birth. They are warm, comfortable and their every need is seen to.  My own kids sometimes joke about the fact that they pooped and peed in my tummy, they find it hilarious.  Now you might wonder what all this has to do with divorce.  Well here’s the thing.  In marriage, we also go through the same thing.  We are comfortable with each other and happy until we start taking each other for granted, we change and grow apart.  We treat each other like crap eventually, (hence the poop and pee analogy, though in this sense, it’s not in the least bit funny). 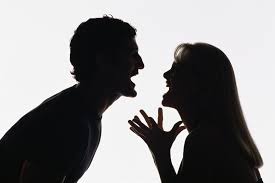 Birth happens in one of two ways, natural or by caesarean…one happens without force and one happens with some force.  Make no mistake, neither one of the two is better than the other.  I take it from the baby’s perspective.  Imagine a baby living comfortably inside the womb (a little hard to remember, even though we’ve all been there) and all of a sudden, unbeknownst to them, being pulled from the solace of all that they’ve known for the past 38 weeks (give or take a few days).  Their home is destroyed and torn down.  They are relocated and have very little say in the situation but just need to go with it in order to survive.  This is what happens during a c-section birth.
The alternative, travelling down the birth canal because their pre-defined time of birth has arrived…so a little more willingly, I guess.  However, as I said before, one is by no means better than the other.
It’s a narrow passage and can be fatal.  They are literally squeezed out and bring immense pain and torture to their mothers.  (Some women though, are luckier than others in this instance – they literally pop the baby out). I would imagine though, that this is just as a traumatic experience for the baby.  Faced with their new surroundings, cold, foreign and unsure, I can imagine how scary that must be and therefore understand the healthy scream that echoes around the room.  I would cry too if I were them…so this would be the healthy mourning process of leaving the life you knew behind – IT’S OK TO CRY!

There is no way of going back and they can only move forward. Comfort zone destroyed and everything they’ve known for this short while…gone.
It really doesn’t matter how divorce happens, the same remains true for both scenarios. It brings about pain, suffering and takes you to a place that is lathered in uncertainty and insecurity.  There is hope though…
Ever hear the saying after any major loss “life carries on”?  Well, it most certainly does.  Men and women move on from the ordeal and how they choose to do so…is entirely up to them.
Babies find comfort from the time of birth in the arms of their loving receptive mothers, who await their arrival with open arms.  The love they feel from that moment onwards compensates for the way in which their future state began.  And soon, is forgotten, forever…thank God.
The same goes for couples moving forward from this trying time in their lives.  There are many reasons why people split up.  In this analogy, the mother’s warm bosom will be offered in the likeness of a better relationship, maybe even the one they were destined for but somehow missed.
For others, it’s a life on their own where they can truly connect with themselves first and later on, maybe they decide to let someone in again OR they decide being on their own brings them much more happiness.  Whatever the outcome, there can be a happy silver lining.

Then there’s the very important consideration, which needs to be given to any children who may be involved. This will make the final decision even more difficult…or not, depending once again on the reason behind it all.  Having this aspect makes the decision seem almost impossible to make but, and this is a very big BUT.  It’s not a decision to be taken lightly as so many people’s lives will be affected.
Regardless of what your final decision ends up being, you cannot delay the inevitable forever.  You need to make a choice.  If you stay and sugar coat the situation, you should be aware that it could go one of two ways.  Things might change for the better and you will both live happily ever after…
Or, things will be good for a little while and slowly trickle back to the unsavoury yet familiar state, which will remind you of a time you were in the exact same boat.  De Ja Vu! 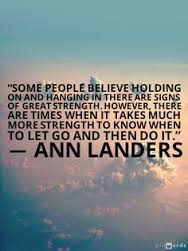 I blog about Hydrocephalus to give a voice to the millions (if not billions) of people around the world with this condition NOT disease.  As much as these experiences are unique to me and my family, I’m sure others have experienced it too.  My aim…to shine a light on it and raise awareness – simple and challenging at the same time but worth it!

Make yourself heard and contribute to the conversation Cancel reply

This site uses Akismet to reduce spam. Learn how your comment data is processed.

Thanks for stopping by! Dismiss